This box of spanish rice has been my nemesis forever. I bought it at least a year ago when we were still living in Noe Valley. I have no idea why I bought it. Maybe for burritos or taco salads? Whatever it was for, it wasn’t used. We gave away almost all our food before the move and yet, it somehow found its way into the moving boxes, all the way across the country and back into our new kitchen just to stare me down for another 6 months. Resilient little bugger. 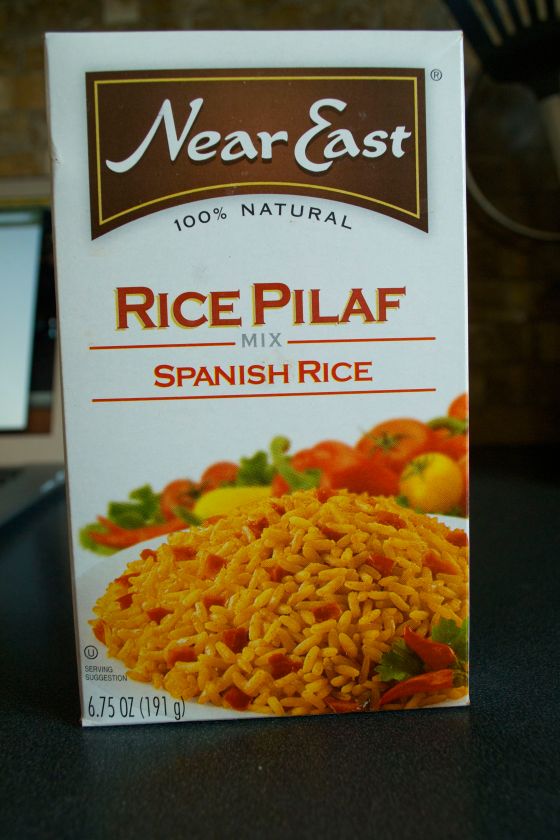 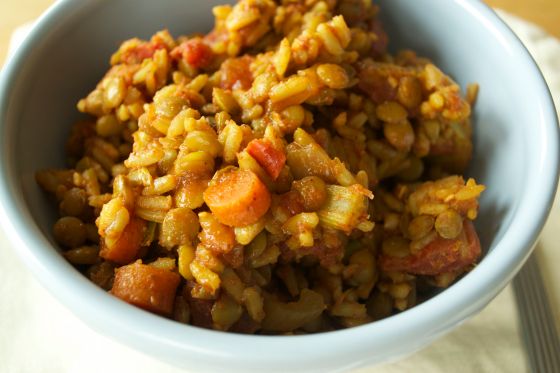 Work is crazy for Michael right now as he prepares for a big meeting at the end of the month. Knowing he would be working late again last night I thought I’d make him something that would only get better with a little time in the fridge. Plus, he’d asked for a veggie stew this weekend and I didn’t make it for him so I used this to make it up to him.

I love the combo of rice and lentils and it was also the easiest recipe I’ve made in a long time. Saute veggies with spices, add lentils and rice, add liquid, done. I actually made and photographed a smoothie for a WalkJogRun article while this was cooking.

Feel free to add whatever rice you have on hand you absolutely do not need this specific box of rice but if you’re like me and have one hanging around, it might be a great time to finally use it. 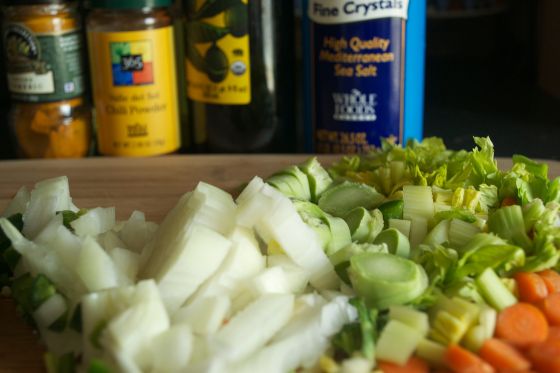 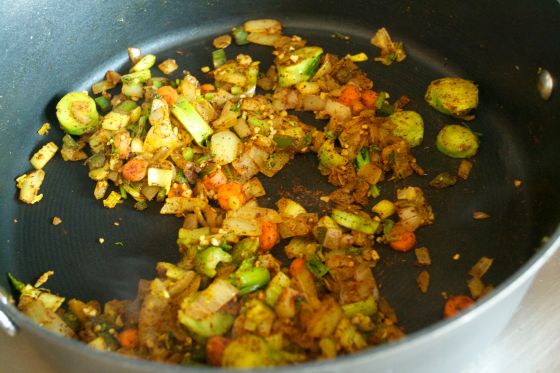 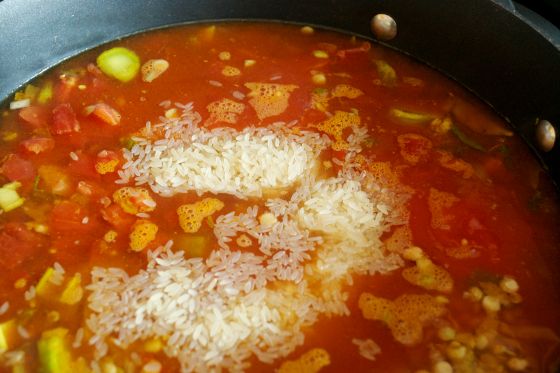 Cook over medium high heat for 20-25 minutes or until all liquid has evaporated. 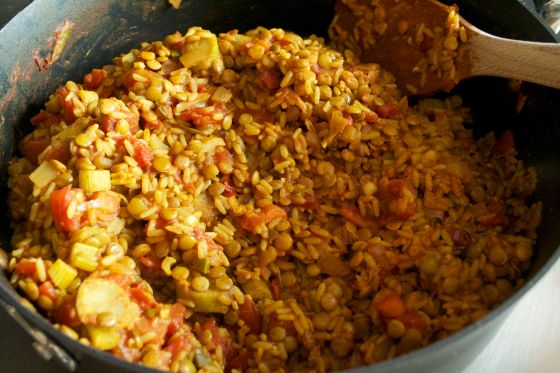 I ate my plain. Michael told me this morning that he made sandwiches out of his and topped the mixture with cheese. He also brought it to my attention that I made A LOT of it, which is very true. If you’d like to make a smaller portion, cut the lentils and rice in half. You’ll also want to reduce the water to 1 cup. 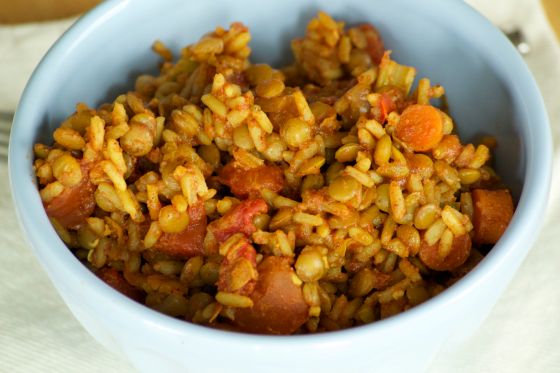 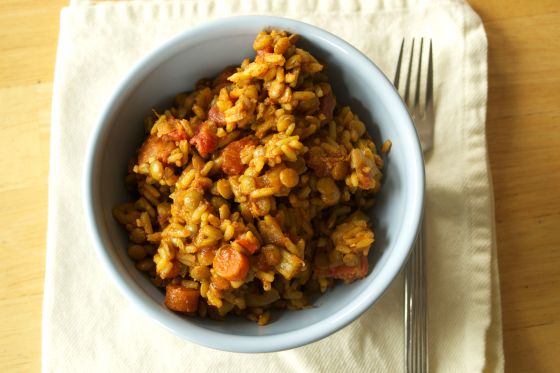 6 thoughts on “Lentils and Rice”